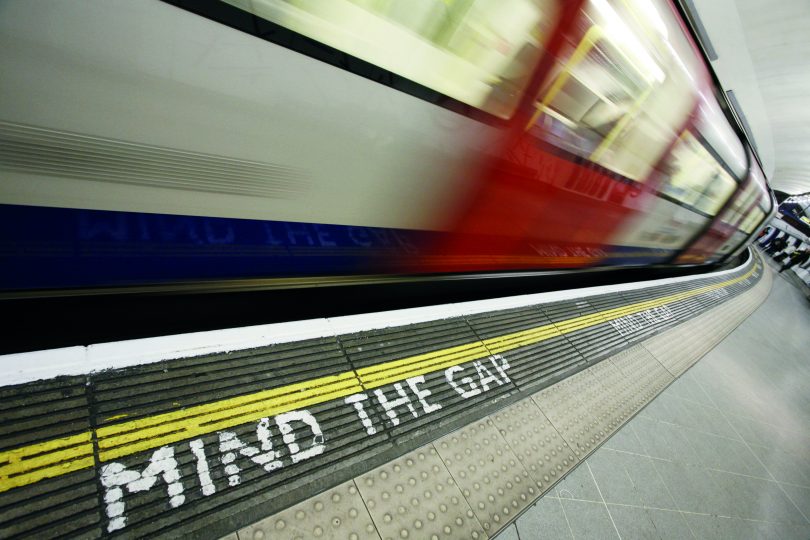 Due to be completed in 2018, the £700 million upgrades to Victoria Station in London are well under way. The upgrades are part of Transport for London’s five year, £10 billion investment programme in modernising major stations, trains, track and signalling to increase capacity for the ever growing city. This includes 191 British built Bombardier trains that will be used across the tube network.

Victoria tube station is one of the busiest in London, serving passengers on three major tube lines as well as commuters coming into London and those heading to or from Gatwick Airport. Managing around 82 million passengers a year, which is more than Heathrow Airport, and forecast to increase up to 100 million a year by 2020, the work to improve the station will result in fewer delays, less congestion and faster journeys.

The upgrade will increase the size of the station by around 133% and will include an underground North ticket hall at the junction of Bressenden Place and Victoria Street with a street level entrance, a larger south ticket hall, nine new escalators and an interchange tunnel that connects the two ticket halls. To provide step-free access between the street, ticket hall and Victoria line platforms there will be new lifts installed, and these will also offer interchange between the Victoria and District & Circle line platforms.

The whole upgrade process is a joint venture between Taylor Woodrow and BAM Nuttall with Mott MacDonald Design as lead consultant for the detailed development. The project itself is complex due to the stations congestion and being crisscrossed by power and communication cables, pipelines and sewers as well as a series of tube tunnels and the River Tyburn in close proximity.

An invaluable part of the design of the upgrade to Victoria Station is the use of Building Information Modelling (BIM). This incorporates 3D design, simulation and analysis, quantity surveying and a range of other tools that provides a platform for collaboration. During this process the project was 3D printed in order to help the project team and external stakeholders gain a more immersive understanding of the build. By creating physical scale models, the project team was able to show their design and construction intentions in a much more detailed and accessible way.

This single multi-discipline 3D model was key during the design phase and during the tunnel works when using jet grouting.

When planning began for the tunnelling aspect of the development, the use of jet grouting had to be implemented due to the bed of loose and wet sand and gravel that had to be tunnelled through. Completed in September 2015, over 300m of tunnels were constructed beneath London’s city street between Wilton Road and Allington Street, which connects the North ticket hall to the South ticket hall. The new shaft in Shaft 12 will provide step-free access to the Eastbound District and Circle line platform from the Victoria Line.

Due to the unforgiving conditions of the developments site, they deployed the UK’s largest use of jet grouting in order to stabilise the ground. Keller carried out this section of the project, drilling around 2,500 overlapping columns ranging in diameter from 1.4m to 1.8m and filling them with a form of lightweight concrete under extreme pressure to depths up to 14m. The aim was to provide a two metre think annulus around the proposed tunnels, allowing safe excavation. These grout columns were installed to achieve a target strength between 1N/mm2 and 10N/mm2.

The existing South ticket hall, adjacent to the mainline rail station at Victoria, will be doubled in size. The construction of the new lift shafts to connect the Network Rail concourse to the ticket hall is in progress, along with the fit-out of the new Station Operations Room and other staff facilities.

The creation of a new ticket hall, known as the North ticket hall, on Bressenden Place on the north side of Victoria Street will help ease congestion and improve safety. With the completed civil engineering and structural works, the testing of the station systems took place alongside architectural finishes such as the installation of tiling, internal cladding and new doors. The new Cardinal Place entrance is well underway and means the North ticket hall is on target to be opened by the end of the year.

Upgrading the Victoria tube station is just one of many that have been made possible through a 35-year loan from The European Investment Bank (EIB). The £1 billion loan is being used to support the Victoria and Bank tube stations, along with the track renewal programme.

Created in 2000, Transport for London (TFL) is the local government body that is responsible for the transport system in Greater London. It is accountable for London’s principle road routes and its various rail networks including the London Underground, London Overground, the Docklands Light Railway and TfL Rail. It also covers London’s trams, buses, taxis, cycling provision and river services. TfL owns and run the London Transport Museum located on Covent Gardens, and is jointly responsible with the national Department for Transport (DfT) for commissioning the new Crossrail line.