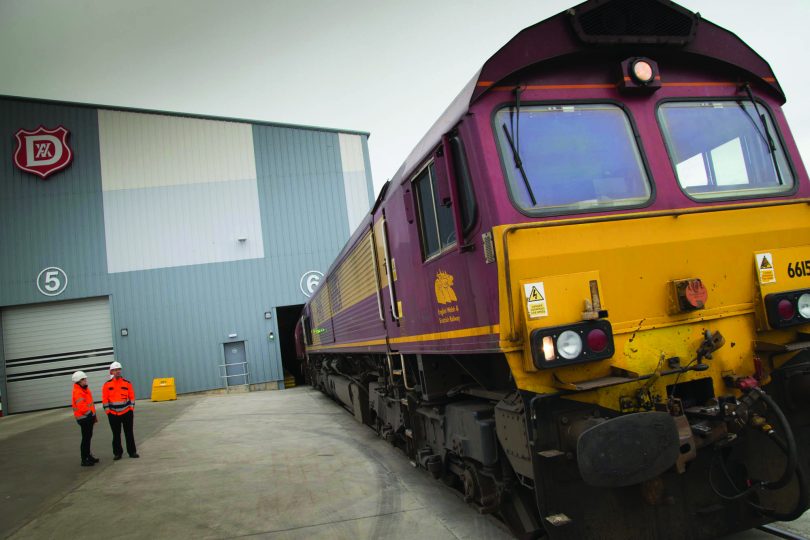 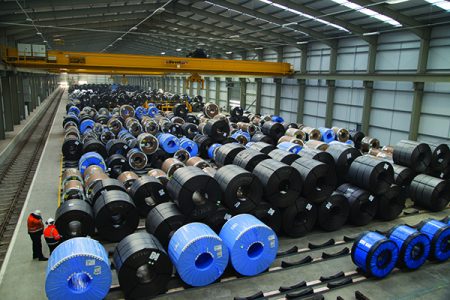 Freight logistics specialists AV Dawson has had a lot to be proud of since opening its state-of-the-art £6.5m distribution centre in 2015. Once in operation the building immediately became one of the most efficient and flexible rail freight facilities in North East England. More recently success was achieved at the National Rail Awards 2016 as the centre was named ‘Freight and Logistics Achievement of the Year’.

Neil McShane, AV Dawson Rail Manager, spoke to Rail Construction News about the decision to commit to the centre, its state-of-the-art features and the award win:

“As you can imagine cost wise and logistics wise, running three warehouses when only one is rail linked was quite restrictive. The other thing we were worried about was that saturation would hold back the development and business growth for both the likes of Tata and Nissan.”

There was also the possibility for a competitor to step in and be able to offer an alternative service. The finished product is therefore a real feat of engineering and innovative thinking. At 264 metres long and 40 metres wide, the warehouse is the maximum footprint AV Dawson could manage on the land they had.

The first step was to ensure it was completely rail linked given most of the deliveries being made are from a locomotive arriving from South Wales. The floor either side of the track has also been raised meaning the offloading process is not only quicker through the use of four 30-tonne overhead cranes but it is easier for quality checks to be carried out.

Previously, turnaround of deliveries could take a full day of work. The new direct line means that the time now stands at approximately three hours. This efficiency has been incorporated in other innovative features too. Central to working with steel is tight humidity control to avoid sweating.

Through the use of ground source heat combined with 1000 solar panels, the warehouse runs an intelligent ventilation system for humidity control. In this regard AV Dawson took inspiration from chicken farming. Increased natural lighting also improves environmental efficiency alongside the use of lighting with sensors that only come on if there is movement and insufficient natural light.

Overall the centre is an investment in the future, both financially and environmentally as Neil explained:

“We’re very much looking forward and seeing this as an opportunity for future growth. It was also a chance for us to be more efficient in our operations which benefits both ourselves and our customers.

“It has been a resounding success. We spent a long time specifying this building and to be in a position two years down the line where every one of the specifications has been met is phenomenal. We’ve been able to share with our customers those efficiency and energy savings as well.

“The facility has raised the working conditions for everybody as it’s a much nicer atmosphere in the warehouse because of the temperature and humidity controls. We take a lot of pride in the work area.

“It’s been fantastic for us as a business and it’s also helped to position North East England as a hub for automotive excellence. It’s helping us support businesses that are not only pivotal to the North East but significant players in the UK automotive supply chain. Other regions are now looking at our model as something to aspire to.

Acknowledging the award win he added:

“We’re so thrilled to have won, just to have been nominated was fantastic. It just proves all the hard work, effort and determination was worth it.”