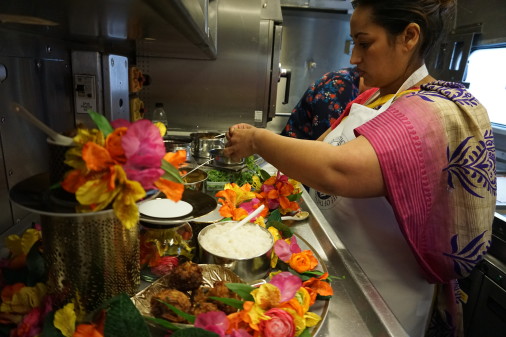 Virgin Trains opened its onboard kitchen to top chefs when one of its east coast services became the setting for the final judging event of the International Indian Chef of the Year Award. The award, which is now in its 26th year, celebrates the cuisine of India and attracts chefs from all over the world.

The event was staged between London King’s Cross and York and saw seven chefs and their assistants create an array of exquisite dishes for a panel of judges to sample during the journey. The judging panel will now go on to decide who wins the award, which will be announced at a ceremony in London on October 9.

Celia Knott, Onboard Commercial Development Manager at Virgin Trains on the east coast, said: “We are delighted to play our part in this award which showcases the extraordinary skill of the contestants. Foods inspired by India have always been a popular choice on our onboard menu and it’s been exciting to see the chefs at work on our trains.”