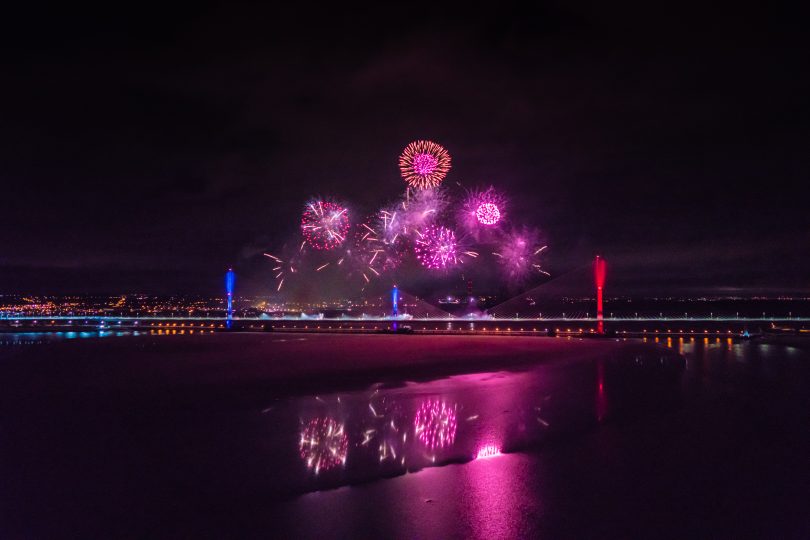 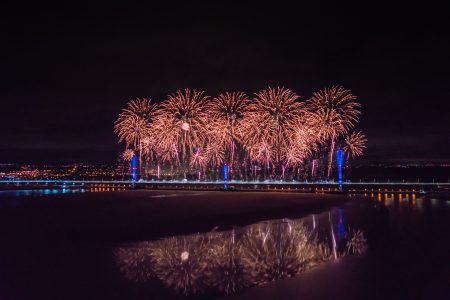 Halton’s iconic new crossing of the river, the Mersey Gateway Bridge, has now opened to the public.

Just before it opened the Silver Jubilee Bridge was closed to traffic for around 12 months for refurbishment.

The opening of the 1,000m-long bridge is the result of more than three-and-a-half years of construction work across Halton, with the bridge acting as the centre-piece for the huge road project.

The project opened on time and under budget after Halton Borough Council and the successful bidder, Merseylink, worked together to save around £250million on the project costs during the procurement process.

Its opening will mean quicker, easier and more reliable journeys across the Mersey, and the wider north-west region.

Work on the project has included:

The project is the largest infrastructure project in England outside of London, and features:

The new and improved link roads connecting the new bridge to the M56 and the main route towards Liverpool and the M62 also opened in the early hours of this morning, helping to provide even more reliable connections for the region.

Now the bridge is open a free flow tolling system is in operation. This means there are no toll booths on the bridge, which means traffic can move quickly across the route. Dedicated cameras and sensors read vehicle number plates and special merseyflow stickers to charge drivers.

Anyone who crosses the bridge and who doesn’t pay by 11:59pm the day after will receive a penalty charge notice.

You can register for discounts on your journeys across the bridge at www.merseyflow.co.uk.

Rob Polhill, Leader of Halton Borough Council and Chair of the Mersey Gateway Crossings Board, said:“After three-and-a-half years of hard work I am proud to announce the Mersey Gateway Bridge is open. It’s been a busy project which has reshaped our borough, and led to a huge amount of work across it. I’d like to thank everyone who has had to navigate through roadworks and traffic lights as our hard-working team built the new bridge and its associated roads. Now the project has been completed on time and under budget, it stands as an iconic, landmark structure that will help to put Halton on the map, while eliminating congestion across the borough. It will help make Halton a destination where businesses want to invest and families want to live. I would like to give a big thank you to everyone involved in turning our dreams into reality. Remember, registering for merseyflow tolls is the only way to get discounted travel across the new bridge, find out more at www.merseyflow.co.uk.”

Hugh O’Connor, General Manager of Merseylink, said: “While the bridge itself is a massive achievement, this project is also about the significant amount of road upgrades and junction improvements that are integral to the connectivity of the scheme too.

“The complexity and scale of the engineering challenge has reflected that, and has helped to create a very different landscape across Halton. I’d like to say a huge thank you to all the staff, workers and volunteers who have worked so hard to make this happen. It is the culmination of their sheer determination that has meant we have been able to open on time and under budget.

“As we head towards the first Monday morning rush hour I would urge drivers to please pay close attention to the new road signs and layout, follow the speed limits and drive safely.”

The project was delivered by an international team of construction and engineering specialists from around the world.

The construction joint venture is made up of Kier Infrastructure and Overseas Limited (UK), Samsung C&T Corporation (South Korea) and FCC Construcción S.A (Spain). Its equity partners are UK based BBGI, FCC Construcción from Spain and Macquarie Capital Group Limited from Australia.