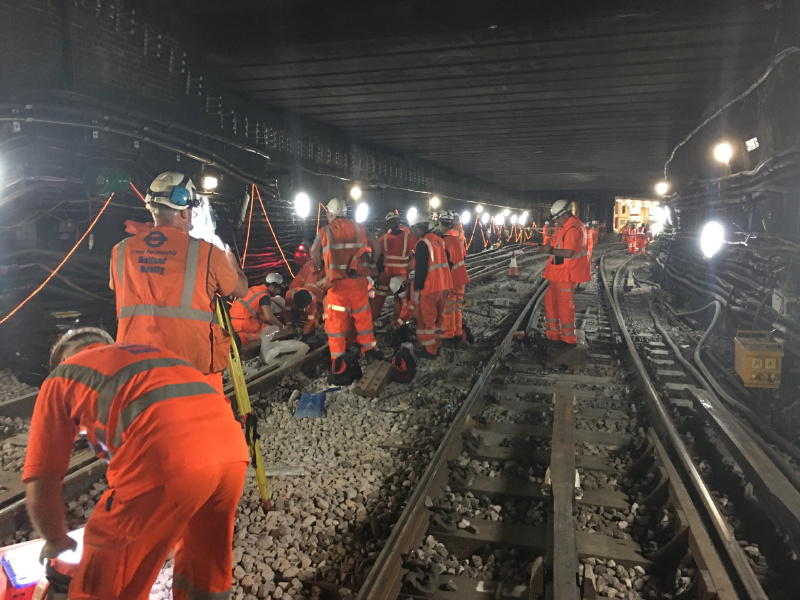 Transport for London (TfL), the organisation responsible for transport in the UK capital, is investing £5.4 billion to transform the Circle, District, Hammersmith & City and Metropolitan lines to boost reliability, increase capacity and provide travellers with faster and more comfortable journeys.

In 1863, an underground railway between Paddington and Farringdon was opened. Dubbed the ‘Metropolitan Line,’ this revolutionary service allowed steam trains to haul nearly 40,000 passengers in gas-lit wooden carriages, between eight stations. Today, the London Underground encompasses 402 kilometres of track, serving 270 stations and 11 lines. In 1982, it carried 498 million passengers and in 2016/17, that figure was 1.38 billion. As demand is still rising, the need for extra capacity has never been more urgent.

The Four Lines Modernisation project is the biggest project of its kind. Unique features of the project include five complex rail junctions, 113 stations and 192 trains, interfacing the system with four depots, six sidings (two of them major) and the integration and presentation of existing CCTV and PA Systems with a central control centre.

Work on the transformation is being undertaken by Thales, the French transport and defence group, and VolkerRail. 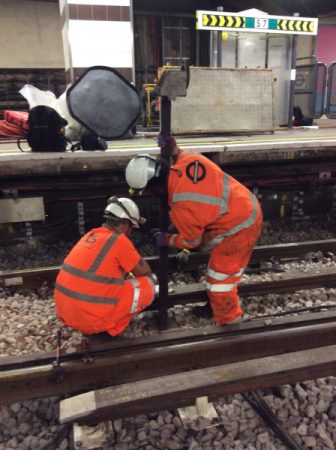 To start, a fleet of 192 modern, air-conditioned, walk-through S-stock trains are now in operation across the Circle, Hammersmith & City, District and Metropolitan lines. These trains are longer and more spacious than the old trains they replaced with bigger doors creating extra space for more people to get on and off at stations, which speeds up journeys. The new trains also include improved audio and visual information, dedicated wheelchair spaces and colour contrasting interiors.

As the four lines on the modernisation programme share a lot of track and infrastructure, they are being modernised under a single, combined and integrated project. The four lines are among some of the oldest sections of the Underground network, with parts dating back to 1863. Together they make up 40% of the Tube network, with around a million passenger journeys each day.

By replacing old and worn out track and points, journeys will be quieter and smoother. Coupled with new drainage systems, they will also be more reliable during bad weather. Better drainage means that the track is much less likely to flood, reducing delays to journeys because of signal failures, as well as fewer closures for maintenance and repair work.

The on-site work is carried out by a workforce of 400 engineers and to maximise productivity, a similar number of people work behind the scenes, prefabricating equipment and fixtures, meticulously testing systems and software and minutely planning for every contingency.

Some equipment used on the lines is old and needs to be replaced so TfL are introducing new technology that will reduce journey times and increase capacity – essential to support London’s growing population.

Work to install a new signalling and control system began in summer 2016. The new signalling system allows trains to be run closer together, meaning more frequent services and shorter waiting times, allowing more people to be carried. This new technology will enable TfL to reduce delays and improve reliability.

This new system will also allow the trains to be driven automatically, with a train operator in the cab to open and close the doors. The train operator will be responsible for managing customer information and safety.

The system was tested successfully recently, with multiple test trains operating on the line using the brand new signalling system for the first time. The test trains ran from Hammersmith to Latimer Road, some of the 30 that have already been fitted out by Bombardier with the technology needed to operate the new system. 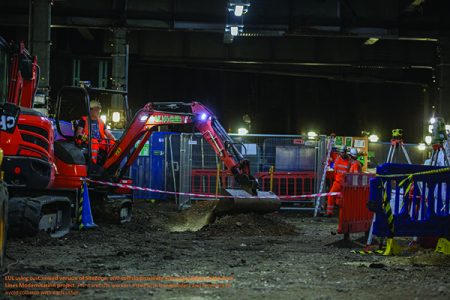 The new computer-based signalling and control system from Thales allows trains to run closer together, meaning a more frequent service, shorter waiting times and a massive boost in capacity for the Circle, District, Hammersmith & City and Metropolitan lines. The system will be controlled from a brand new signal control centre at Hammersmith, which is currently being finished ahead of introduction in 2019.

Mark Wild, the Managing Director of London Underground, said of the trial: “This is a fantastic step forward in the vital programme to modernise nearly half of the Tube network. The new signalling system will provide our customers with more frequent trains and quicker journeys, as well as improving reliability and improving customer information. We are making improvements for our customers all over the network and this programme represents a hugely significant part of that work.”

The next testing weekend will be in December, where TfL will continue to progress the modernisation, while installation and improvement work will continue throughout the year.

The timeline of the Four Lines Modernisation project will see the benefits of the work introduced in stages: