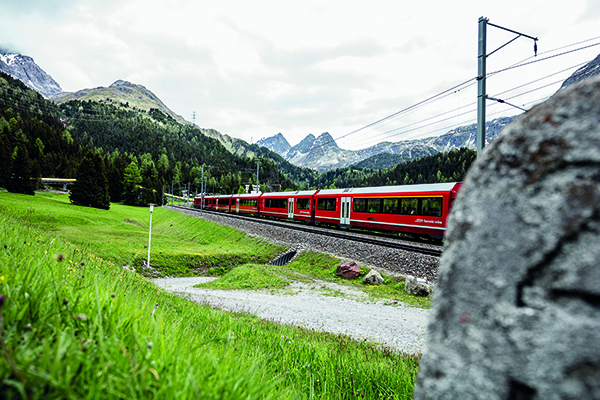 The Albula Tunnel between Preda and Spinas has been in operation since 1903 as a single track metre gauge railway tunnel. The site is now a UNESCO World Heritage Site and as part of an examination into the state of the 110-year-old tunnel in 2006, it was revealed that it was in urgent need of general refurbishment and modernised safety features.

In 2010, it was decided in the course of the preliminary project to create a new tunnel – the Albula Tunnel II – alongside the existing tunnel.  The project concerns the construction of a tunnel some 6km long, located at 1,800m above sea level and aims at replacing the existing Albula Tunnel with a new tunnel which will meet all requirements towards a modern and safe infrastructure facility. 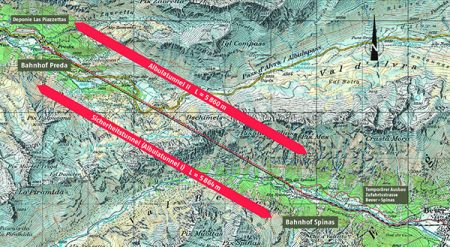 The Albula Tunnel I is the centrepiece of the Albula Railway, which forms part of the Rhaetian Railway network in the Canton of Graubünden, Switzerland. With its maximum elevation of 1,820m above sea level, it is amongst the highest tunnels in the Alps and has a mountain overlay of up to 950m.

Tunnelling work for the Albula Tunnel II began in August 2015 and will be completed in late 2018. Once the inner shell and subsequent finishing work is complete, the projects overall completion is scheduled for 2021. This will then establish modern and winter-safe connections between the Albula Valley and the Engadin region.

With the exception of the portal areas, Albula Tunnel II is located in rock with an overburden of up to 1,000m. Allgȁu shale is present after the north portal at Preda, with the south side (Spinas) featuring a long stretch of Albula granite. Located between these two stretches of rock is the geological zone of Raibler-Rauwacke as a cellular dolomite, which is around 110m thick and geotechnically demanding.

In terms of tunnel construction and geotechnics, the process of piercing the Raibler-Rauwacke represents the main challenge – particularly the southernmost section of the cellular dolomite, which has a length of around 20m and caused significant difficulties during the construction of the first tunnel.

The site was prepared largely from the railway itself, which required the construction of temporary stations at both ends of the tunnel. These temporary facilities occupy large areas of land near to each tunnel entrance. The resulting rubble is to be processed in Preda and reused as hardcore in the subsequent concreting and formwork served by concrete batching plants at the North and South portal of the tunnel, both equipped with Polarmatic heating systems. A site known as Las Piazzettas has been designated for the burying and landscaping of up to 25,000 cubic metres of material found to be insufficient quality for this purpose.

The tender value of this technically demanding project is estimated to be around CHF 350 million. 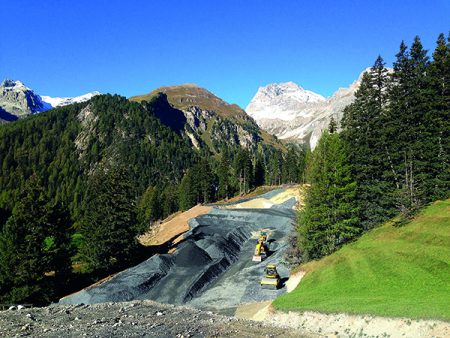