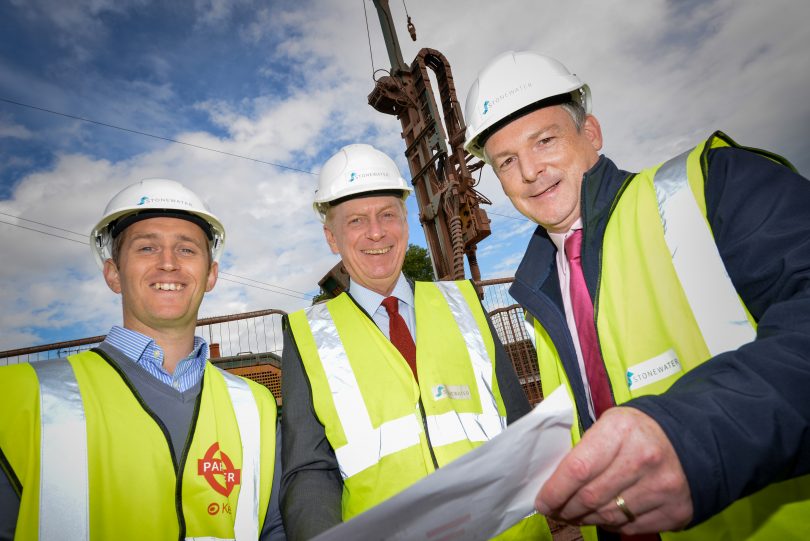 Kensa Heat Pumps, the UK’s largest supplier and manufacturer of ground source heat pumps, has broken its record at the H&V News Awards by securing four shortlisted entries at the prestigious awards to be announced in April.

“We are delighted that our exciting scheme has been shortlisted for this award,” says Leon Storer, Assistant Director of Assets (West) at Stonewater Housing, shortlisted with Kensa for Retrofit Project of the Year. “We’ve had some really positive feedback from our residents already, with some describing the new system as ‘life-changing’. They’ve gone from struggling with uncontrollable expensive heating – which often would have run out by the time they needed it in the evening – to fully-controllable, affordable warmth.

“We’re really pleased with the outcome of this project and are already looking at further opportunities to upgrade heating systems at our other Stonewater homes.”

David Broom, Technical Sales Manager at Kensa, says: “Individual heat pumps help residents with the lowest possible running costs and individual billing, while the communal ground array allows the housing association access to the Non-Domestic RHI, whilst maximising efficiency as there are no system distribution losses. It’s great to have the innovation and hard work that goes into these schemes recognised and shortlisted for these prestigious awards.”

The Kensa Evo Series, shortlisted for Domestic Heating Product of the Year, was recently crowned Heat Pump Product Of The Year at the National ACR & Heat Pump Awards and the Built It! Awards. The Evo Series – expanded in January 2018 to feature a 17kW single phase non-inverter driven model – offers a 15 per cent gain in efficiency compared to previous Kensa Compact models, minimising running costs and maximising income via the Government’s Renewable Heat Incentive. The Evo also features Kensa’s unique custom-built control panel and system manager, the first of its kind developed exclusively for use with ground source heat pumps. The result is a system which provides live Coefficient of Performance (COP) readings to ensure the most efficient system installation and operation.

Winners of the H&V News Awards will be announced on the 19th April 2018 at the Grosvenor House Hotel in London.