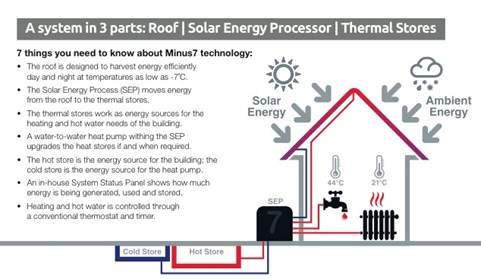 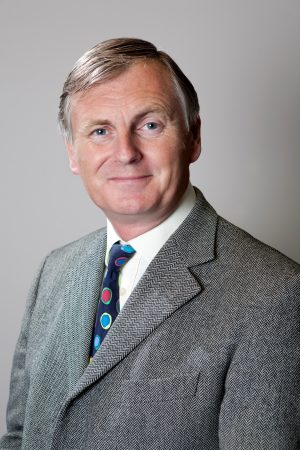 Martin Wright, the Chairman of the Renewable Energy Association and former Managing Director of the pioneering tidal energy company, Marine Current Turbines, has been appointed Chief Executive of Minus 7.

Minus 7 is a British company that has designed and manufactures a revolutionary solar heating, hot water and energy storage system.  Installed in social housing schemes, new build homes and in retrofitted schemes, Minus 7’s system is able to reduce the heating bill of an average three-bedroom home to around £200 per year.

Minus 7’s patented system is a low carbon heat technology that delivers heat and hot water 365 days of the year.  It has the ability to harvest energy at much lower temperatures than other similar technologies (down to minus 7˚C, 24/7 and 365 days of the year), enabling it to deliver significantly higher money saving and lower CO2 benefits.

Martin Wright has been an investor and a director of Minus 7 since 2015, and succeeds Hamish Wilson who continues an executive director of the company.  During his tenure as CEO, Hamish expanded the product range, improved the operations of Minus 7 and has handed over the reins to Martin to lead the next phase of Minus 7’s development and growth.

Martin started his career in the Royal Navy and from there worked as a Venture Capitalist before co-founding the tidal technology company, Marine Current Turbines (MCT).  MCT installed the world’s first grid-connected tidal stream turbine in Northern Ireland’s Strangford Lough, before being acquired by Siemens in 2014. Whilst at MCT, Martin was responsible for raising over £38m of grant and equity funding.  He is Chairman of the Renewable Energy Association, is a former Chairman of Mojo Maritime Limited and is a Director of Gravitricity (a renewable energy storage technology company), the energy consultancy Fraenkel Wright and Aurora Ventures.

Martin Wright said: “I’m excited to be taking the helm at Minus 7 at a time where our technology can come to the fore:  households up and down across the county want energy efficient homes and lower energy costs. The Minus 7 solar heating, hot water and energy storage system delivers this, as well as providing a real answer to energy poverty, as such it appeals to housebuilders and social housing providers.  Our renewable heating systems provide real tangible benefits for households helping people live in comfortable conditions whilst reducing the stress and anxiety of watching the monthly bills”.

Minus7, headquartered in Cowes on the Isle of Wight, won the 2016 Commercial Low Carbon Star of the Future Award at CleanTech Innovate and a Verdantix Energy Innovation Award with Poole Housing Partnership, which was rated as one of Inside Housing magazine’s Top 60 developments.