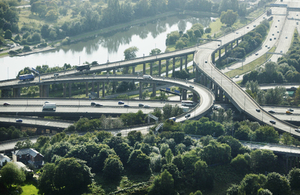 The iconic Spaghetti Junction structure is set to be immortalised at the new LEGOLAND Discovery Centre in Birmingham.

To mark the 50th anniversary of work starting on the road and to celebrate 2018 as the Year of Engineering, Highways England can reveal that it will be celebrated in a model at the new attraction.

Construction started on the sprawling structure some fifty years ago and today it continues to carry more than 220,000 vehicles every day.

The road will be joining other notable landmarks from Birmingham including The Library of Birmingham, The Cube, New Street Station and the BT Tower.

Highways England’s Regional Director, Catherine Brookes, said:”Spaghetti Junction is one of those structures that is known around the world and we’re thrilled to see the road included as part of the new attraction.

“The opening of the new attraction later this year also marks our Year of Engineering campaign which is designed to get children thinking about engineering and the world around them. It is also 50 years since work started to build Spaghetti Junction and it’s timely that it should be recognised for its local and national significance in supporting the motorway network.”

The first of 45 incredible scaled masterpieces are now being recreated by a specialist team of LEGO Model Builders.

More than 6,800 hours will be ploughed in to the design and construction of the entire MINILAND complex over the forthcoming months.

Construction of Spaghetti Junction took some four years to complete and its elevated position sees constant maintenance work taking place underneath it, often unseen by many motorists on their daily commute. Spaghetti Junction in numbers:

To find out more about the Year of Engineering, head online to the year of engineering website.

LEGOLAND Discovery Centre Birmingham is set to open to the general public this summer. More information can be found online.