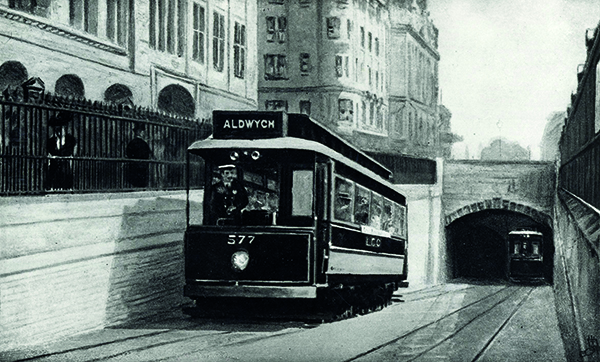 The historic Kingsway Tram Tunnel is to be returned back to the London Borough of Camden now that its role in supporting the major construction phase of the Crossrail programme is complete.

A unique part of London’s transport history, the Kingsway Tram Tunnel was the first of its kind in the UK when it opened in 1906. The Grade II listed structure on Southampton Row in Holborn connected London’s north and south tram networks, carrying passengers between Holborn to Waterloo Bridge. It was enlarged to accommodate double decker trams in 1929 but was closed in 1952. In 1953, London Transport used the tramway to store 120 buses and coaches in case they were needed for the Coronation. Part of the southern end of the subway opened to road traffic as the Strand Underpass in 1964.

An 8 metre deep, 5 metre wide shaft was excavated within the tram tunnel to allow engineers to pump a cement-like substance called grout into the ground to correct tiny ground movements that occurred as a 30 metre deep temporary access shaft was built nearby and the 1,000 tonne tunnel boring machined Phyllis and Ada passed below. The site later housed a 40-tonne dry cement silo, and two 60 centimetre wide bore holes were used to pump cement, water, air and electricity to the new railway being built 6 storeys below ground.

Bill Tucker, Crossrail Delivery Director said: “The Kingsway Tram Tunnel holds a special place in London’s transport heritage. Built to connect one of London’s earliest transport networks, it is fitting that the tunnel helped us build the capitals newest railway. Now that construction of the Elizabeth line is nearing completion, we are returning the tunnel back to its current owners.”

Work to restore the Kingsway Tram Tunnel and remove visible evidence of its use to support the construction of the Elizabeth line is now underway. The grout shaft has been filled and the concrete floor has been reinstated. The temporary protection for fixtures and fittings in the tunnels will be removed, the boreholes filled and the site tidied and repaired. Finally, the iron tram rails will be put back into their original locations and the site returned to the London Borough of Camden. 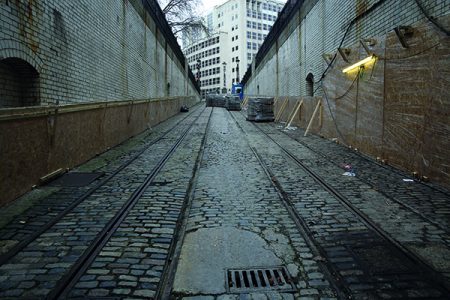