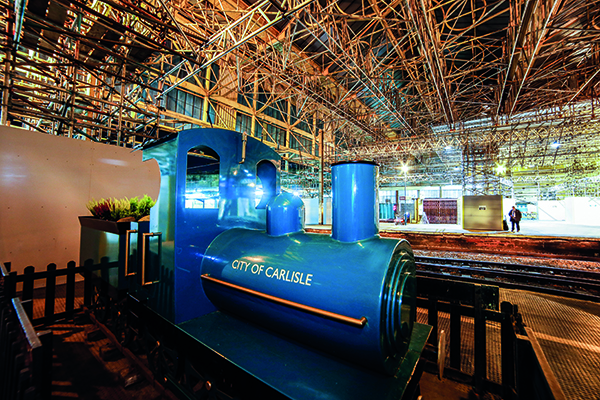 Constructed in 1847 and originally built to serve both the Lancashire and Carlisle Railway and the Caledonian Railway, Carlisle station is a Grade II* listed building that supports an elegant glazed roof with a 50m clear span.

Sadly, over time, the roof had fallen beyond reasonable repair and investigations of the roof structure indicated that the existing steel roof trusses had sagged due to age and due to the effects of a radical shortening of the existing roof span in the 1950s. The effects of the existing rigid glazing system and the roof drainage were deemed severe, causing ponding of rainwater, leakage and breakage of multiple glazing panels.

Main contractors Galliford Try and architects Jefferson Sheard worked closely with Network Rail to provide a sensitive but contemporary roof replacement whilst preserving the original architectural aesthetic and without disruption to the ongoing rail and passenger activity below.

Delivered as part of Network Rail’s Upgrade Plan, which is the company’s response to the tremendous growth of British railway, the £14.7 million investment will significantly extend the life of the station’s roof, as well as reducing the amount of future maintenance. The new roof will also make platform areas brighter and more pleasant. It is made of ETFE (Ethylene Tetrafluoroethylene), the same material used on the roofs of the new Manchester Victoria and Birmingham New Street stations.

As part of the work, the platforms will also be safer for passengers with tactile paving marking their edges and new surfaces throughout.

The improvements were made possible thanks to a huge scaffold access deck provided by leading scaffolding contractor Palmers. The deck was installed above the tracks through the station to provide a safe area for Network Rail’s ‘orange army’ to carry out the work. The deck was 47m in span and 160m long, spanning 13 roof bays and created a working level 9m above ground level. It was created by more than 20 advanced scaffolders, with additional support by Palmers management and supervisors.

Chris Atkins, Scheme Project Manager at Network Rail, said: “Passengers are really beginning to see the transformation of Carlisle station as a result of this work. The rejuvenated roof will mean a brighter, more airy and cleaner environment which will enhance the station’s beautiful features.

“The result is a better station which will be a fitting gateway to the historic city of Carlisle.”

John Stevenson, MP for Carlisle, said: “Carlisle’s train station is one of the most important gateways into the city. I am delighted to see the renovations have preserved the historic spirit and beauty of the building. Not only have the railways played a central role in the development of our city, but they will continue to be vital for creating greater prosperity in our future.” 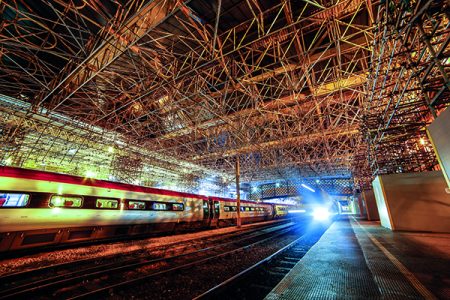