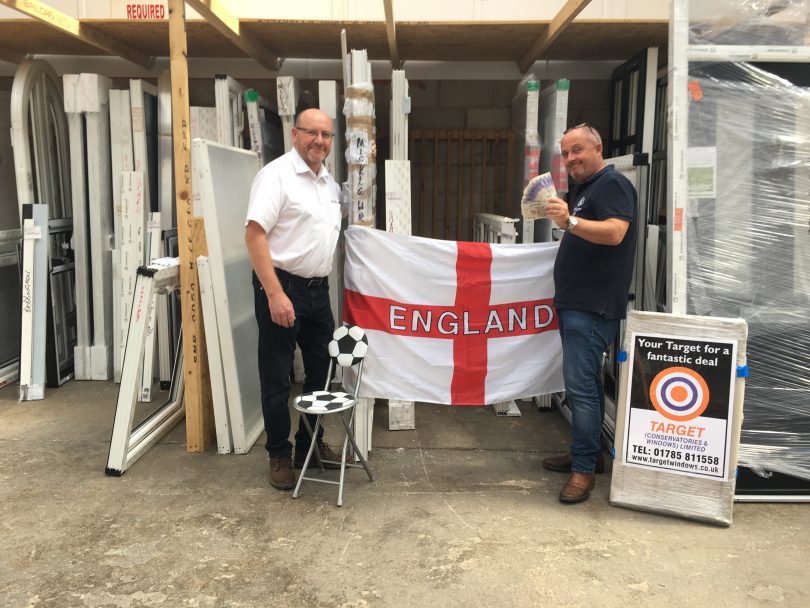 A Stoke-on-Trent window company has raised £800 for a hospice by donating every time England scored a goal in the World Cup.

Target Windows, based in Meir Heath, donated £50 to the Douglas Macmillan Hospice every time the team hit the net, including penalties.

Director Guy Basnett said: “Although they didn’t win the World Cup, the England team scored 16 goals, which meant we were able to raise a fantastic amount for our chosen Charity of the Year, The Douglas Macmillan Hospice.

“This brings the total we have raised for the charity this year to £2,740! We raised over £1,840 in February when I spent a day locked in a jail cell as part of the hospice’s Jail or Bail Challenge, and a further £100 during our open weekend in May.”

Target Windows, which has showrooms in Stone and Uttoxeter, is celebrating its 35th anniversary this year and is currently offering 35% off all windows doors and conservatories on selected orders. For more information visit the new website at www.targetwindows.co.uk or call 01782 398021.