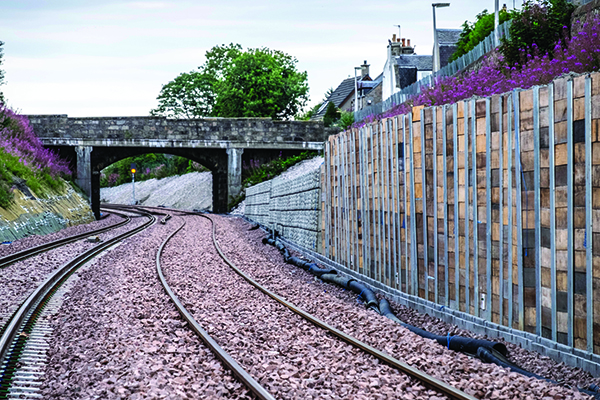 The railway between Aberdeen and Dyce reopened as planned on Monday 20th August after Network Rail engineers successfully completed a 14 week-long upgrade.

Since the line closed on May 12 2018, over 450 engineers have worked around-the-clock to create a second line of track between Aberdeen and Dyce as part of the plans to increase services and cut journey times. Over 12 miles of new rails have been laid across 19,000 new sleepers and 66,000 tonnes of stone ballast on a six mile stretch of the line. Signalling systems have been upgraded and 11 bridges either replaced or refurbished.

Bill McKay, Network Rail Senior Programme Manager, said: “The successful completion of this phase of the project is an important step towards delivering more services and more seats for customers. This was a massive engineering and logistical challenge, but through careful planning and professional delivery by the project team and contractors, we’ve been able to complete these vital works on-time and with as little disruption as possible.”

The work has been delivered as part of the Scottish Government-funded Aberdeen-Inverness improvement project.

Bill added: “Once complete, the Aberdeen-Inverness Improvement Project will increase capacity on the line which will mean more frequent services for customers and improved jobs and leisure opportunities for communities in the North East.”

The Aberdeen-Inverness Improvement Project is being delivered in phases and will provide incremental benefits throughout the life of the scheme.

The project was approved by Transport for Scotland, the national transport agency of Scotland in March 2014. It is owned by Network Rail and operated by ScotRail, an alliance between Scotland’s state-owned company Abellio ScotRail and Network Rail.

The principal contract for Phase 1 of the Aberdeen-Inverness project was awarded to BAM in October 2015. BAM will work in partnership with Aecom, CH2M, Stobart Rail and Siemens to deliver the project. Development plans for the new stations are being prepared by The Highlands and Islands Transport Partnership (HITRANS) and the North East of Scotland Transport Partnership (NESTRANS), the two regional transport partnerships in Scotland.

The estimated investment for Phase 1 of the project is £240m, £170m of which will be invested over five years by the Scottish Government. The investment is part of the government’s £5bn programme to ensure better rail infrastructure and services throughout Scotland.

The Aberdeen-Inverness line is approximately 108 miles long and is primarily single track with some passing loops. The current passenger journey times (around 2 hours, 25 minutes) and irregular service (every 2 hours) between Aberdeen and Inverness mean that it does not offer an attractive alternative to road travel.

The long term aspirations of the project aim to deliver:

The benefits of the Aberdeen-Inverness Improvement Project for ScotRail customers include:

The project has already delivered a new station at Forres for passengers at the eastern end of the line and next year will extend double-tracking to Inverurie. Phase one of the project is due for completion in 2019 and aims to deliver enhanced commuter services into each city and to facilitate the capacity for new stations at Kintore and Inverness Airport.

Closures are currently planned on the line between Aberdeen and Dyce between May 2019 and August 2019. It is understood that Inverness-Aberdeen train services will terminate at Dyce where replacement buses will operate to Aberdeen. However, the exact duration of this closure, as well as details of replacement bus services will be confirmed by December 2018.

The whole project is set to be completed by 2030. 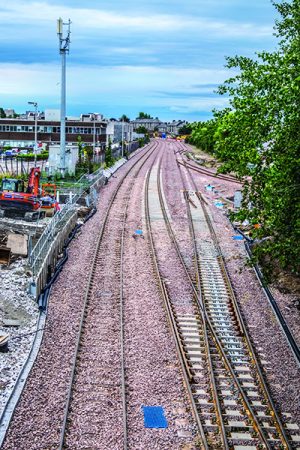 ScotRail refers to a number of rail firms that have operated trains in Scotland under the ScotRail brand beginning in September 1983. These include:

Network Rail own and operate the railway infrastructure in England, Wales and Scotland on behalf of the nation. That’s 20,000 miles of track, 30,000 bridges and viaducts and thousands of tunnels, signals, level crossings and points. They also manage rail timetabling and 20 of the largest stations in England, Scotland and Wales. They work round-the-clock to provide a safe, reliable experience for the millions using Europe’s fastest growing railway each and every day.

Every day more than 4.6 million journeys are made in the UK. People depend on the railway for their daily commute, to visit friends and loved ones and to get them home safe every day. It is Network Rails role to deliver a safe and reliable railway. They therefore carefully manage thousands of projects every year that form part of the multi-billion pound Railway Upgrade to grow and expand the nation’s railway network to respond to the tremendous growth and demand the railway has experienced – a doubling of passenger journeys over the past 20 years.

Transport for Scotland is the national transport agency for Scotland. Their purpose is to support and advise the Scottish Government on strategy and policy options for transport in Scotland, and increase sustainable economic growth through the development of national transport projects. They seek to deliver a safe, efficient, cost-effective and sustainable transport system for the benefit of the people of Scotland, playing a key role in helping to achieve the Scottish Government’s purpose of increasing sustainable economic growth with opportunities for all of Scotland to flourish.