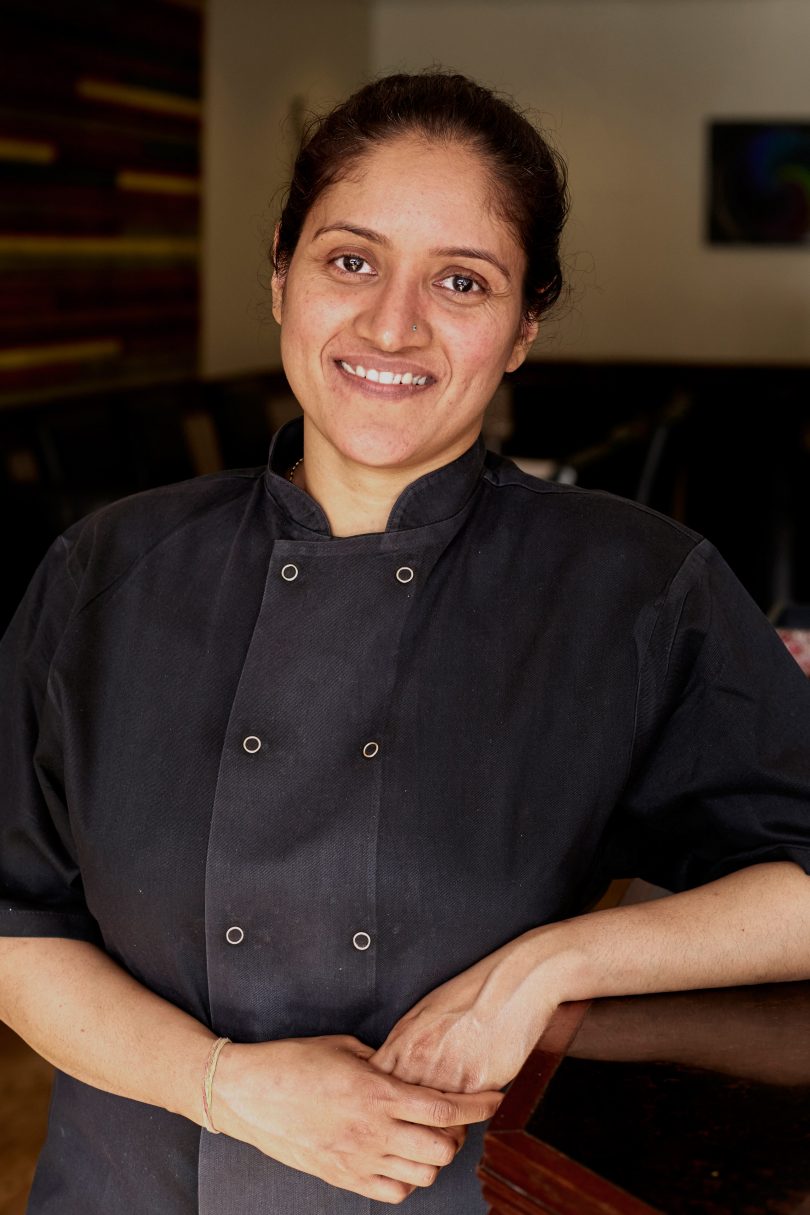 As one of London’s leading female Indian chefs, Shilpa Dandekar’s menus have made her restaurant, Fulham’s Pure Indian Cooking, one of the city’s most intriguing venues for sumptuous food and creative culinary design.

From a childhood in Maharashtra and many years in Mumbai, Shilpa has redefined Indian fine dining in London.

Since its launch in 2015, the restaurant has garnered a singular reputation for its original dishes and Hidden Gem atmosphere, with Dandekar at the helm via a string of prominent posts including working as sous chef at the Michelin-­‐starred Quilon, and being Head Chef at London’s first Brasserie Blanc, under Raymond Blanc.

Her visionary take on Indian cuisine is largely inspired by European dishes, executed with a vibrant Indian styling that has made her ideas some of London’s most inventive and exquisite.

Shilpa says ‘My menus are about experience and style; I want to offer something that patrons will enjoy, remember and want more of. I love to experiment and create something that is fresh, distinct and ultimately delicious – our Autumn menu is a reflection of that.’