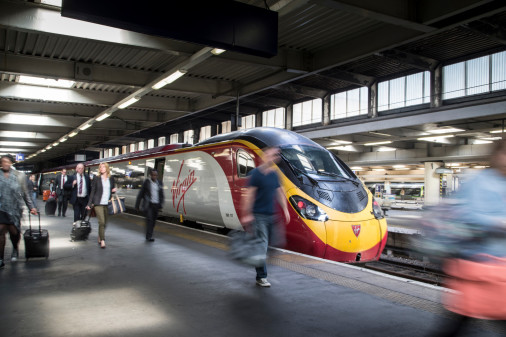 Having already consigned Friday afternoon peak restrictions at London Euston to history, Virgin Trains are to give customers travelling on its London to Birmingham route a kick start to the week by introducing a new £10 fixed price on Mondays.

Tens of thousands are set to benefit from the new flat rate for all advance single tickets on selected services which will be available up to one hour before the train’s departure.

Now customers can take advantage of an even longer weekend with restriction free Fridays and cheaper Monday fares as a result of this new trial.

The new simplified fare is being trialled for ten weeks, starting on 11 February and will be available on all services departing London Euston and Birmingham New Street on Mondays between 11:00 and 13:00, and after 20:00. The tickets are now on sale.

The removal of the Friday afternoon peak was initially piloted over the summer holidays, and the results of this new trial will be examined to see if it should also be made permanent or extended to other days of the week and other routes.

“We want to make tickets as simple and as easy to understand as possible,” explained Sarah Copley, Executive Director, Commercial, at Virgin Trains. “By promoting a very simple new flat rate fare we are hoping to encourage more people to experience our award-winning services and features such as BEAM – our free on demand TV and movie streaming service – while grabbing themselves a bargain.”