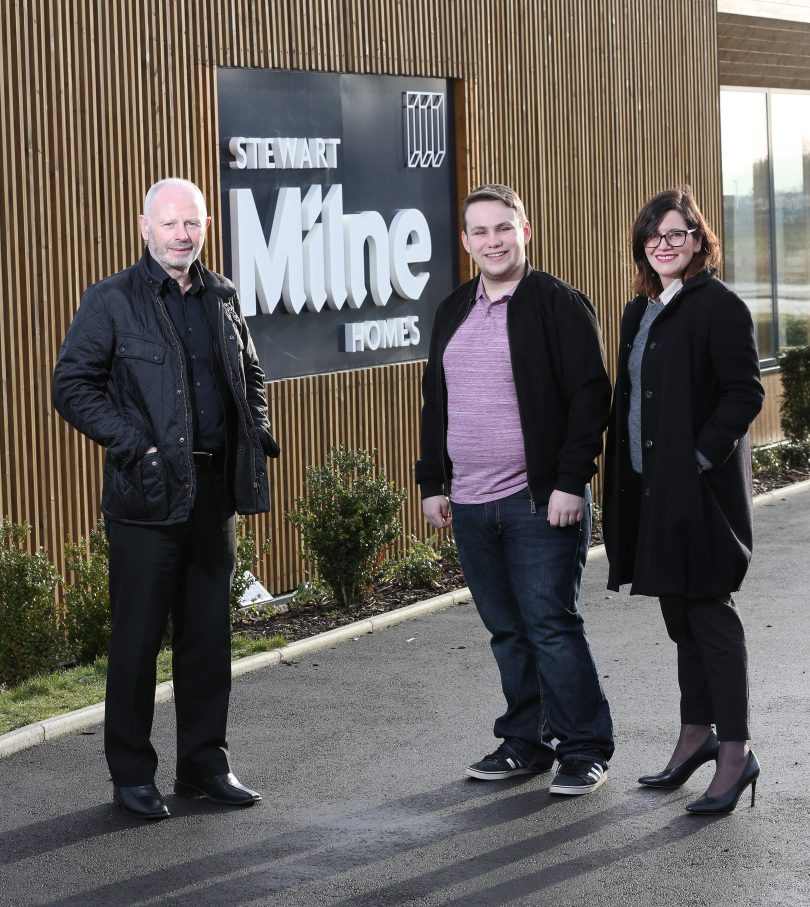 An ambitious young student, who worked two jobs at school in a bid to fund further studies, has been given a helping hand by Stewart Milne Group.

A pupil of Nairn Academy, Stephen joined RGU after taking part in the Access to RGU programme. The scholarship, worth £8,000, will enable Stephen to focus on his studies without financial stress and will also offer him a relevant placement with Stewart Milne Group.

Stewart Milne Group enjoys a mutually beneficial relationship with RGU. Chairman, Stewart Milne, was awarded an honorary Doctor of Business Administration (DBA) in 2000 and the group made a significant donation to help establish the state-of-the-art RGU: Sport facilities on campus in 2005. The company has offered placements to RGU students from various schools over the years and recently formed part of the Technical Expert Team for the design of the new Graduate Apprenticeship in the Built Environment programme.

Sarah Dingwall, Development Manager at the RGU Foundation spoke of the continued support. “We are grateful that Stewart Milne Group has chosen to support RGU in this way. By creating an access scholarship SMG have invested in a talented individual and in a commitment to widen access to higher education.  The scholarship will allow for a student to reach their full potential regardless of their background or circumstance.”

In addition to the financial support, the scholarship offers a 15 week placement with Stewart Milne Homes North division where Stephen will get hands on experience, strengthening the skills gained during his studies.

Stephen said: “I cannot thank Stewart Milne Group enough. Receiving the scholarship not only provides me with financial stability, but it also guarantees a work placement during my third year. This support allows me to come to university and focus on my work rather than thinking about how I can afford it. As a result, I can dedicate more time to my studies and less time worrying about the financial strain of living away from home.”

The housebuilder and timber systems company has provided continued support for young people in the industry through university and apprenticeship programmes all over Scotland. This year the group have increased their apprenticeship intake to 48 places in total, including civil engineers, quantity surveyors, sales consultants, architectural and design technicians as well as joiners, bricklayers, electricians, plumbers and painters.

Stewart Milne, Chairman of Stewart Milne Group said: “We are committed to attracting and retaining people to the construction industry.

“The RGU Scholarship levels the playing field for individuals. By providing financial support we can nurture and support the most promising students, regardless of their circumstances.”