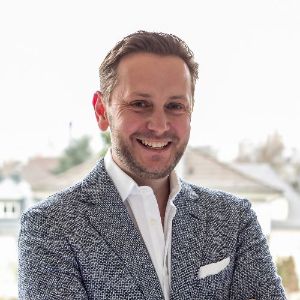 Based in Frankfurt, Arnold will direct a team of 24 Regional Sales Directors and Managers located in 12 countries in Europe, the Middle East, the Americas and China. He will be a member of Rocco Forte Hotels’ Executive Committee, reporting to the Director of Operations, Maurizio Saccani.

Commenting on his recent appointment, Arnold said: “I am excited and humbled to be joining Rocco Forte Hotels, especially at a time where it is undergoing extraordinary growth. Led by a family who has been in hospitality for four generations, it is the legacy of the Forte family that makes the company so distinctively different. I look forward to working alongside all the wonderful individuals that have made Rocco Forte Hotels so successful and contributing to the future direction of the company.”

A native German, Jan holds an MBA from Johnson & Wales University in Providence, Rhode Island. He is passionate about golf and in his free time volunteers as a freelance language teacher. Jan recently relocated from Dubai to Frankfurt with his wife and two young daughters.