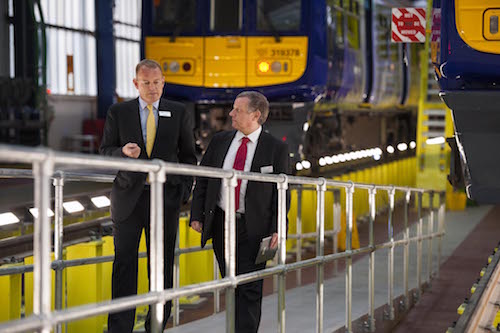 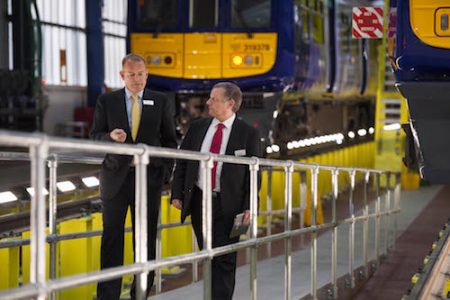 Phase one and two of a £23 million maintenance depot upgrade project – implemented by Network Rail – has reached completion.

With work now complete on the second phase of the project, Allerton Train Maintenance Depot is ready to service Northern Rail’s fleet of 20 Northern Electrics trains. The fleet – which are due to be fully deployed by December 2015 – will provide 6.7m additional seats a year to routes between Liverpool, Manchester, Wigan, Preston and Warrington for Northern Rail’s customers.

“Our investment in infrastructure is transforming the railways in the North, giving passengers better journeys and helping to build the Northern Powerhouse.

“The re-electrified depot at Allerton will help us to deliver more electric trains on the Northern Rail network, expanding the fleet in the north west, and crucially, provide additional seats and capacity for customers.”

“The electrification of Allerton depot is an important part of our Railway Upgrade Plan with Network Rail investing over £1bn to improve rail services across the north.

“By electrifying routes between key towns and cities, passengers will benefit from bigger, better and more environmentally friendly trains. The improvements at Allerton mean these trains can now be housed and maintained to help deliver these benefits.”

Situated close to Liverpool South Parkway on the busy Manchester to Liverpool line, Network Rail acquired the depot in 2011, transforming it from its near derelict state to an up-to-date, modern maintenance facility. Work began on the project in 2014 and is being delivered in three phases, with phases one and two now complete.

Phase three is currently underway and focuses on the improvement of the depot’s capacity, enabling it to stable up to 100 trains. These improvements include modifications to the Hunts Cross end of the depot, with works scheduled for completion by the end of the year. Buckingham is the main contractor on the project.

“Creating a Northern Powerhouse of jobs, investment and prosperity is a key objective of the Government’s long term economic plan. Northern is proud to be playing a key part in bringing this to life; by introducing 20 Northern Electrics trains we are improving connectivity across the North and providing much needed extra capacity on some of the UK’s busiest routes.

“Network Rail’s support through the improvement and extension of Allerton depot is vital. It means that we are not only equipped to maintain the electric trains we already have in service, but we are able to introduce even more in the coming months.”