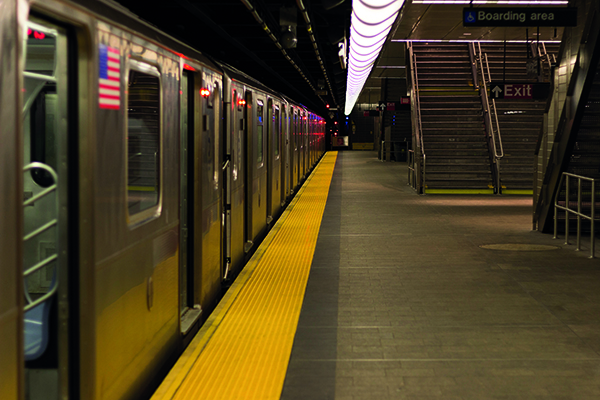 The Seoul Subway has been revealed as the best subway system in the world, in a new study by apartment rental brand, Essential Living. The study, which uses a unique scoring system, ranked the world’s busiest subway systems.

Essential Living has revealed which of the busiest metro systems around the world are the best, according to passenger experience. There’s a lot to be said for subway/metro travel. It’s less hassle, less traffic, and takes you from point A to B, and many of us use these train lines every day. But some subways have ranked better than their counterparts for travellers.

Whether you travel as a commuter or a tourist, it’s likely that you’ll have travelled on at least one of these subway systems. From the London Underground to the Shanghai Metro, Essential Living have ranked 10 of the busiest subway systems based on what travellers find the most important. They used a weighted ranking system to assign a score to each subway/metro system. This took into account eight factors. Each of these factors was weighted and assigned a value with higher numbers equalling a better experience for passengers. Out of a possible score of 100, the weighting takes eight factors into account to reveal the world’s best subway systems:

Essential Living’s data is correct as of 27th January 2020, combining information from a range of reputable sources such as official metro/subway websites in each location and Wikipedia. They used a weighted ranking system to assign a score to each subway/metro system. This took into account the eight factors described above. The 10 metros and subways included in the study had the largest passenger footfall and usage annually. They are: London Underground in England, Tokyo Metro in Japan, Paris Metro in France, Moscow Metro in Russia, Shanghai Metro in China, NYC Subway in NY, Beijing Subway in China, Mexico’s City Metro, and Seoul Subway in South Korea.

Here are results in the simplest categories:

Scoring highest in accessibility was Seoul in South Korea, followed by Madrid and Shanghai.

New York, Madrid and Moscow have the longest operating hours out of the ten, with NYC operating for 24 hours. The shortest operating subway was Shanghai, with 17 hours.

The London Underground is the most pet friendly, whereas Beijing, Shanghai and Mexico don’t allow any pets at all.

Mexico City Metro topped this category, with a single ride costing just 5 pesos (20p) and a monthly ticket being £5.00. The most expensive is the London Underground.

London Underground was ranked the most comfortable, followed by Paris Metro and Shanghai Metro. Least comfortable were Moscow Metro and Mexico City Metro.

At 115 years old, NYC Subway topped the list owing to its length of track and then number of trains running each day.

The overall ranking takes into account every element of the study- all eight categories. The one that ranked the highest was the Seoul Subway in South Korea.  It scored highly for accessibility, connectivity and comfort. Then came Shanghai Metro, Tokyo Metro, Mexico City Metro, London Underground, Madrid Metro, NYC Subway, Russia’s Moscow Metro, Beijing Subway, and ranking worst was the Paris Metro. The worst ranking ones mainly had low scores for accessibility, comfort and affordability.

Ranking of the best and worst metro/subway aside, the study has also shown that using these trains as a method of transport is an experience shared and universal.

Formed in 2012, Essential Living is a London-based property developer offering premium apartments to rent in London.

The Essential Living ethos is to create vibrant developments that prioritise quality and harness a sense of community with the rental experience set to become widely recognised as the benchmark you should come to expect from your landlord.